Our workbooks are nothing like the standard SAT or SSAT books you will find at the bookstore. That’s because they reflect our credo: “A solid academic foundation not only improves test scores – it lays the groundwork for future educational success.” For decades, we have helped our students excel on standardized tests and win entry to top prep schools, Catholic secondary schools, colleges, and universities by emphasizing the fundamentals: vocabulary, grammar, reading comprehension, logic, and mathematical and scientific principles. Now we are offering our workbooks to the public for use by home school students and anyone who wants to master English and basic math. Our workbooks include plenty of examples and exercises, while allowing students to work at their own pace.

Our workbooks help students improve their vocabulary – and their ability to figure out the meanings of unfamiliar words – by teaching them the basic building blocks of advanced English words: Latin and Greek roots, prefixes, and suffixes. Our approach does not depend on rote memorization, but on learning about families of words constructed from these building blocks. 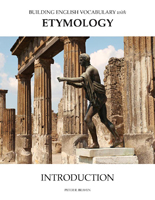 Improve your English vocabulary by learning some of the basic building blocks: Latin roots, prefixes, and suffixes. This workbook is aimed at middle school students and those studying for the SSAT or TOEFL tests.

Building English Vocabulary with Etymology from Latin: Book I – Prefixes 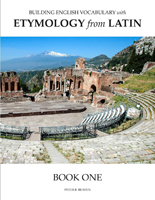 The first in a series of three workbooks that improves English vocabulary through systematic study of Latin roots, prefixes, and suffixes. These workbooks are filled with exercises for high school, college, and home schooled students who want to master advanced vocabulary or prepare for the SAT, ACT, GRE, GMAT, LSAT, or TOEFL tests. Book I focuses on common Latin prefixes, or word beginnings. 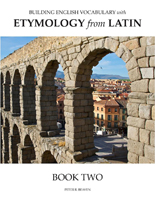 Book II in this series focuses on Latin roots, the main part of a word, which is modified by prefixes or suffixes. All vocabulary words are broken into their component parts, defined, and used in multiple examples and exercises. 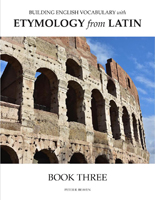 Book III in this series focuses on Latin suffixes, or word endings. All words are broken into their component parts, defined, and used in multiple examples and exercises. 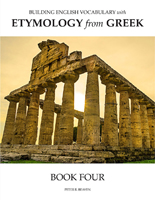 This workbook is part of our advanced vocabulary series and focuses on English words of Greek origin. It is filled with exercises for high school, college, and home schooled students who want to master advanced vocabulary or prepare for the SAT, ACT, GRE, GMAT, LSAT, or TOEFL tests. 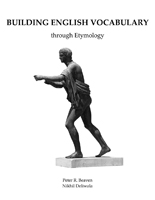 When an object catches our eye, we want to know it and name it, and when we seek to know a word’s meaning, we try to get the picture. Whether first we see and then name, or vice versa, the image behind a word helps us learn vocabulary.
An effective way to master a challenging word in English is to see the image of the word in its Classical root, a three thousand year old picture that still speaks to us today, vibrant and simple in its original Latin family. IMAGES takes the student back to the root’s simple meaning, its home, its family and the multiple and varied members of the family. Through IMAGES a student can watch his English vocabulary grow and realize that a picture is worth a thousand words. 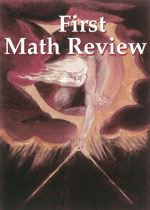 This workbook covers all the basic mathematical concepts and rules students will be expected to know for standardized admission tests: Basic arithmetic, including fractions, decimals, percentages, and ratios; basic algebra, including integers, variables, and order of operations; and basic geometry, including perimeter and area, angles, circles, and solids. The combination of number problems and word problems makes it a valuable review tool for tests including the SSAT, HSPT, ISSE, SAT, ACT, and GRE.

Our grammar and writing workbooks aim to compensate for the lack of grammar instruction in many schools. While some highly literate students may have an intuitive grasp of good grammar, we break it down logically into parts and rules to help everyone understand it. These workbooks will help students who want to improve their speaking and writing skills or their performance on the grammar sections of standardized tests such as the SSAT, SAT, and TOEFL. 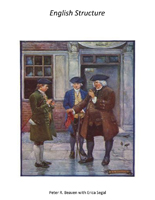 This workbook defines the parts of speech in English grammar and shows how they work together to build simple and complex sentences. Multiple examples and clear explanations are complemented by exercises in sentence diagramming. This book is especially helpful for non-native speakers who know a reasonable amount of English, but are not confident about grammar. 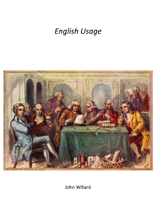 This workbook covers the finer points of grammar and syntax, so that students can write sentences whose meaning is clear. Each chapter examines common pitfalls that can make a seemingly grammatical sentence clunky or confusing to the reader. This book is aimed at literate native speakers and advanced non-native speakers who want to improve the clarity, grace, and power of their sentences. 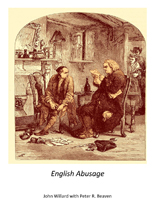 These practice tests target abusage: the most common errors in English usage are defined by grammar – the rules to forming correct sentences – and by syntax – the conventions for making sensible sentences. The exercises are intended to issue warnings of prose missteps, to aid in recognizing abusage and offer preventive practice, and to promote, with mastery of usage, a confident writer.

The English Sentence Up Close 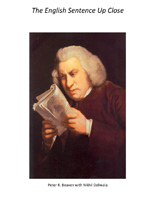 English grammar, syntax, and composition are not easy to master, even for native speakers. Imagine, then, the challenges that confront today’s Language Arts teachers in over-crowded public school classrooms filled with a mix of native and non- native speakers. During more than three decades of tutoring middle and high school students seeking admission to elite secondary schools and colleges, we have found that even private school pupils struggle with the finer points of usage and composition. 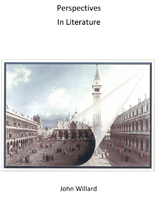 These workbooks improve students’ reading comprehension while taking them on a tour of seminal Western literary, historical, scientific, and philosophical works. Each passage introduces the reader to a great thinker or literary master. Each is also followed by questions that challenge the reader to understand the main idea, make logical inferences, and discern the author’s arguments and attitude. Book 1 emphasizes English and American literature of the last 500 years, with a handful of passages drawn from translated classics, including The Bible and Miguel Cervantes’ Don Quixote. 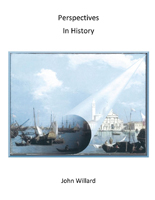 The second volume in this series includes historical, scientific, and philosophical writings from the ancient Greeks and Romans through the early 20th century. It introduces the reader to great essayists from Michel Montaigne to Virginia Woolf; historians and political thinkers from Herodotus to William Jennings Bryan; and scientists from Hippocrates to Albert Einstein. Both books help students improve their reading comprehension for tests including the SSAT, SAT, ACT, GRE, and LSAT. 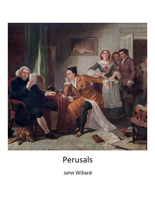 Perusals, edited by John Willard, invites the reader to explore short examples of the works of the great and eloquent thinkers from over the centuries. Thus the armchair traveler can learn from the ideas expressed by Socrates in ancient Greece to those of Einstein in modern America. At his fingertips, the reader of Perusals discovers if his interpretations yield a proper understanding of the diverse and demanding material, especially if he avails himself of the penetrating questions that appear in exercises that follow each selection.